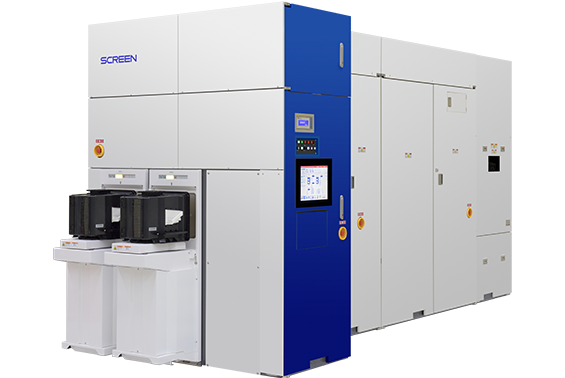 The LA-3100 precisely controls the thermal dosage profile of several milliseconds from a xenon flash lamp, which heats the wafer instantly using flash of light.
The wafer surface temperature can be lowered or raised at mid- to high speed, making heat processing with a low thermal budget a reality.
This in turn allows for a high level of activation for the dopant injected into the source/drain, along with precise control of the concentration profile.

The LA-3100 features new functionality for precisely controlling the heat treatment of the entire wafer surface in milliseconds, while measuring the wafer temperature during heat irradiation. This makes it easy to understand and solve physical phenomena with a focus on temperature control, starting with the R&D stage.